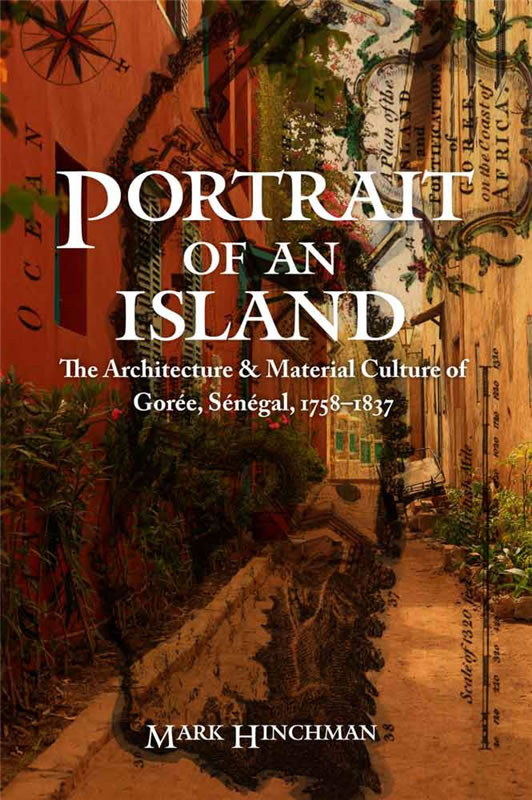 Portrait of an Island: The Architecture and Material Culture of Goree, Senegal, 1758-1837

through Mark Hinchman, Published by University of Nebraska Press

Demographically diverse, eighteenth century Gorée, saw a great number of people from different nations and wealth settling in the city, bringing with them their own unique architecture from their homeland. They built houses of various forms, using American lumber, French roof tiles, freshly cut straw and pulverized seashells, and furnished them in as cosmopolitan a fashion as the city itself.

Then, as even now, those who were among the elite showed their monetary success in their homes. Features such as free-standing stairs, fireplaces, French doors, and verandas whose specific function was to serve as a visible testament to the homeowners’ wealth and standing in the community. And while Dakar is now a much more modern city, some of these homes and buildings of the late 1700’s are still standing and in use.

A fascinating book of history and architecture, Hinchman walks you through life in Gorée, Senegal for the transient tradesmen, the wealthy Europeans, working class, and servants of Gorée, how they lived, where they lived, how they used architecture to assert position, showcase class and standing, and flaunt privilege and further, how that architecture influenced architecture in America. Take a closer look, and grab your own copy via the amazon link below: