Ok, so I had to do something to get the heat off that horrible couch concept. My gosh, I did not recognise you all cherished the existing sofa so much. I adore it too! I don’t know what I turned into wondering … Chock it as much as a temporary second of madness. Everything is returned to ordinary.

In the lawn but, matters are growing … However no blooms but. Figured I’d display you a few matters that are just about to open up … 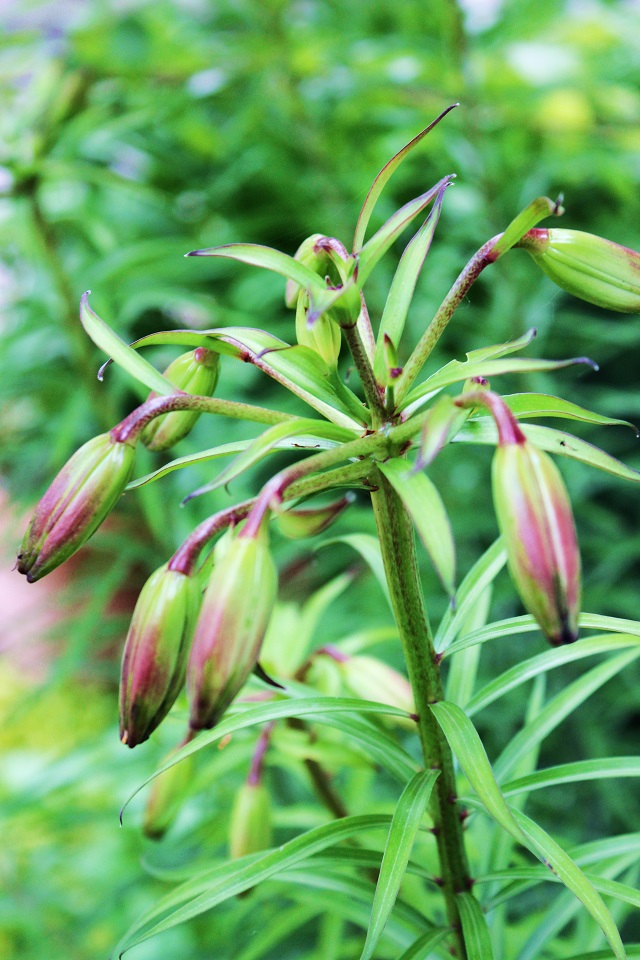 Adjacent to the circle garden, just off the lower back porch is Scott’s lily lawn. Here he is were given each friggen’ lily recognised to mankind planted. Ok, so that’s a gross exaggeration … But you get where I’m going with that, yes? My preferred are the tiger lilies, that are very tall and open up to be quite colorful. I’ll display you after they open up … But I assume they’re superbly architectural just like they’re proven here. Don’t you? 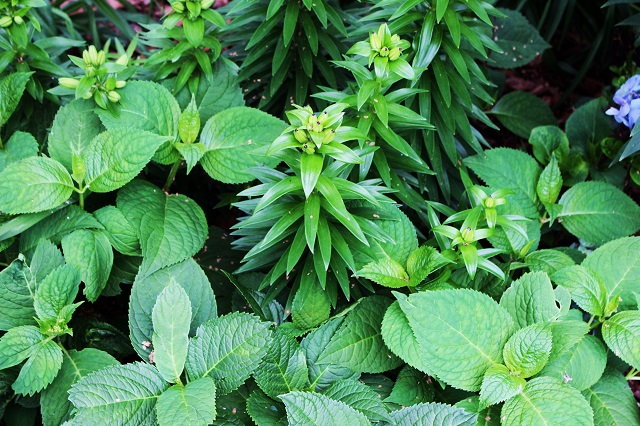 In the center peninsula, I had to pull out pretty much all of the sun-loving plant life since the timber have gotten so large. So, I changed them with hydrangeas, and in the center, asiatic lilies which can be so stunning in purple and white. Can’t wait to look them bloom! 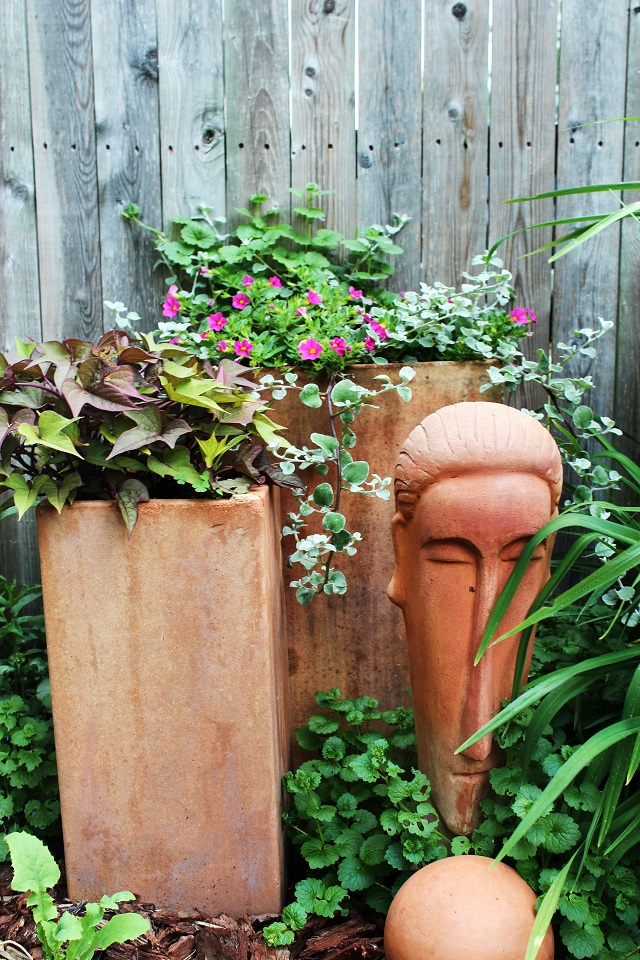 I’ve in view that pulled the weed collar that changed into surrounding Earl, but I idea it made a quite amusing picture. As if having this large ole’ head inside the garden wasn’t quirky enough, having a Shakespearean kind collar of inexperienced just made me smile. The "pots" are chimney liners that we picked up from Buffalo Re-Use. I’m a fan of the look of terracotta in the garden. In truth, I only have concrete and terracotta planters. I constantly searched for height and couldn’t locate it, till of direction, I saw these and repurposed them. 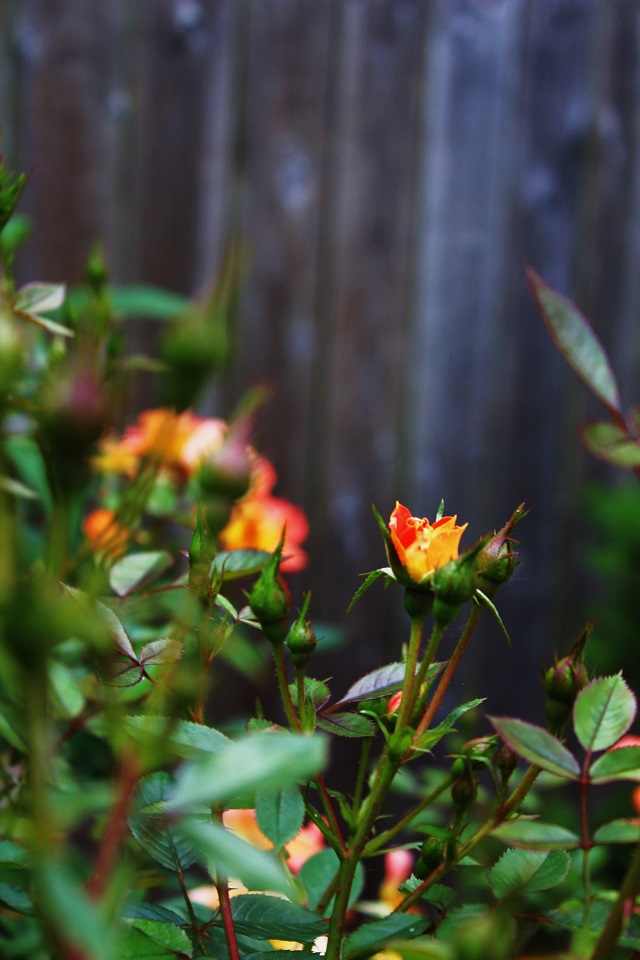 The roses have absolutely commenced going bonkers! I’m so satisfied I reduce them back to nearly nothing. They appear to be pretty satisfied about it, too! 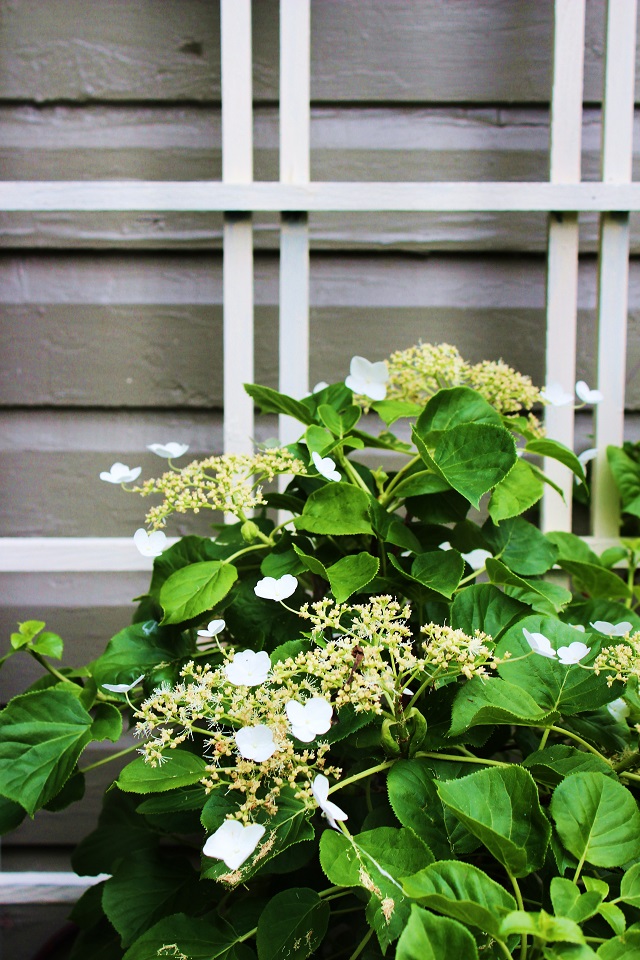 The mountain climbing hydrangea is truely beginning to move bonkers. I did not understand that it might seem like this while blooming, I notion they plant life would be more like bush hydrangea, but I’m so glad with this firework like burst. So interesting.

I plan on getting out inside the garden on Sunday and surely busting out a whole lot of paintings. The roof progress (if you’re following alongside on instagram) is supposed to complete up subsequent weekend, so whilst they are up there getting their hands dirty – I’ll be getting mine grimy in the garden … And portray the porch! I’ll share it with ya on Monday.

Check it Out … Blue (Part Three)