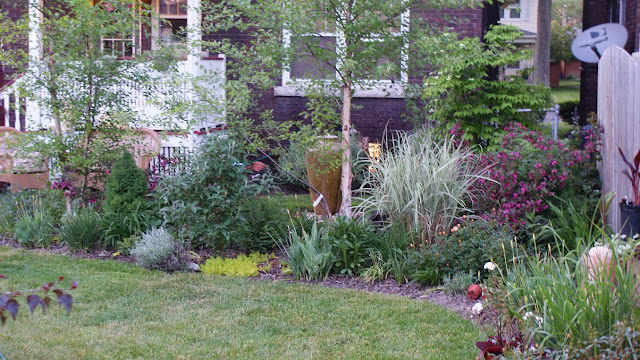 There became pretty lots going on a CdlV this weekend, and even this night – as we completed (nicely, partially completed) the smooth up of the debris from Saturday’s long day of labor. Above – the lawn, casually snapped this night once I mowed the grass. Don’t mind the pots of flora that haven’t begun to be planted … But are you able to agree with the boom? It’s tough to consider that that is handiest 2 years old, heck – one year vintage in a few elements, AND that it’s nonetheless May in Zone five! 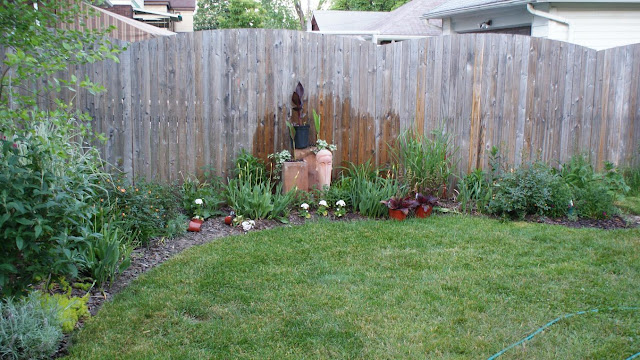 I like to add touches of whimsy to the lawn every yr, and remaining year – you will likely do not forget the addition of Earl. Earl has been an awesome shield inside the lawn, thwarting off the enemy and doing his first-rate to manipulate the slugs. This year, he is joined by using antique chimney liners planted with Canna Lily. I’m sure that come summer it is going to be a stunning show.

But, I’m positive this wasn’t the wonder you were searching out – right? Right! So we higher get to it. First, I have to inform you that it become tough work. HARD HARD HARD work, and even though I’ve now not styled it to the degree I wanted, it become time to publish SOMETHING, so right here it is going! When we moved into the residence, the prior proprietor, or possibly the prior earlier owner had a dog “kennel” within the lower back yard to the left of the storage. You would possibly bear in mind my post about Scott taming the yew? 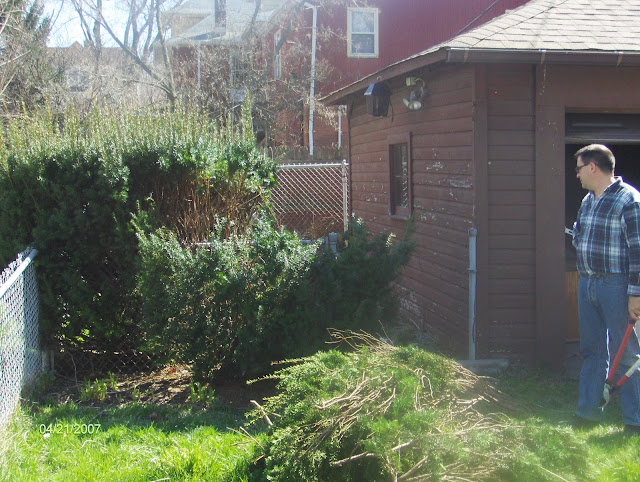 We moved into the house in December, 2006. In April, 2007 – I took this photograph. Pretty, right? Those yew timber had been the bain of my existence. We did the whole thing we should to get them to stop growing – which includes burning out the trunk! Finally, they’re gone – together with the feared chain link fencing, to allow for what else? 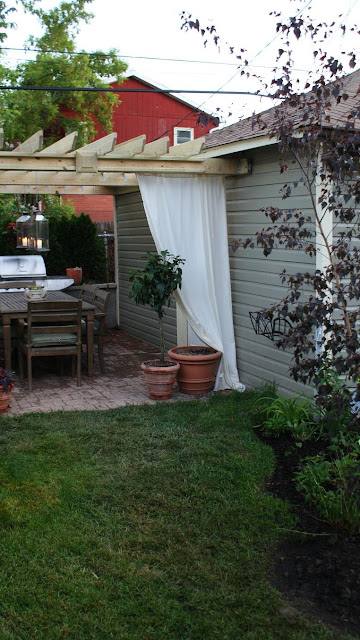 That danged pergola I’ve been going on and on approximately for how many months? Yes, Saturday it become constructed, via me and Scott, in just about 10-hours. We also delivered a new (small) perennial garden with a lovely Royal Frost Birch tree. Oh and from the teaser … Spy the ones lanterns placing? I promise that I’ll have more on those and a submit committed to the beauty of this pergola in only some short days … But til’ then – here’s a few of the highlights … 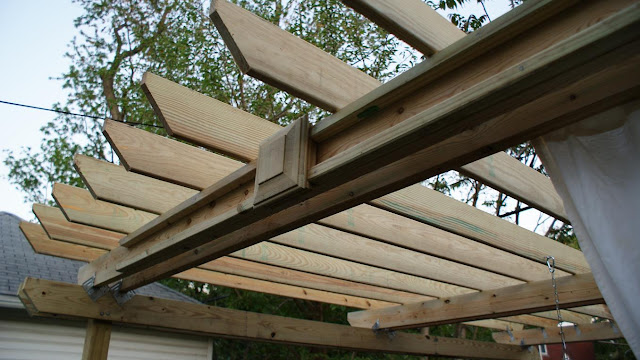 It changed into my goal *(when planning) to have notched rafters. But Scott, always the wise one, requested me at some stage in the dry suit: “Do you clearly suppose you can make 60 Perfect cuts?” It took me a couple of minutes to see his point – and in the end – they have been braced with storm straps and toe-nailed into the 2×6 stringers. But I hated *(STILL hate) the appearance of the galvanized joist supports – mainly from the the front. So Scott and I got down to locate an alternative that could cowl that up. Voila! A couple of 89 cent stress treated stair spindles, and a 6×6 put up cap and the solution become made. I have to deliver all that credit to Scott – ever so inventive! 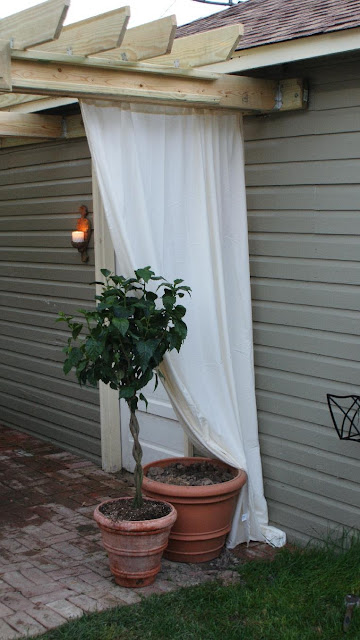 It’s my intention to have drapes ( hmmm hmmm, $4 flat sheets from WalMart ) like these on all corners of the pergola – just as soon as I can find where I stored them. Don’t you love that?

So what do you suspect of that before and after? Now … What else can I construct?