MSN is my homepage at the office, and every once in a while the slideshow they have lands on a decorating article, that I can’t help to break the rules and click on. This morning, that slideshow had the title: The Biggest Decorating Mistakes … a snip from House Beautiful with the undercaption: What do designers see in people’s houses that always drive them nuts? Here are the top seven decorating don’ts.

These things always make me reflect onconsideration on whether or not or now not I make "commonplace" decorating mistakes – so, let’s have a look at what they had to mention, we could?? 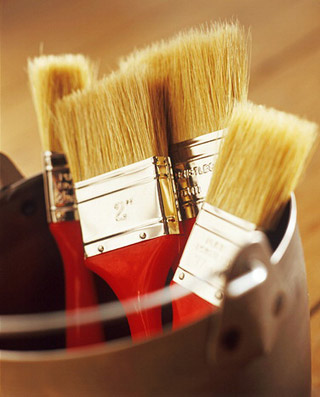 1.Overzealous Decorative Painting Decorative painting can be a beautiful addition to a space, but knowing when to stop is key. “Brilliant painting is elegant and polished, but go too far and you end up with vulgarity,” says designer Mary Douglas Drysdale.

Well, Mary Douglas Drysdale – I have to agree, but I once was an overzealous decorative painter, odd finishes, too! I once had a hallway that the bottom half was torn brown paper bags that I wallpaper pasted in a random pattern and then used walnut stain to cover to give a leather look. Not bad, but when I did a fresco painted wall with crumbling corners with bricks and moss peeking through – that was too much. Oh how I had no clue back then. I’d never even think about doing that now.

On some other note, the painting at CDLV is simply two partitions faraway from being COMPLETELY FINISHED! Yay! I can pay attention you all cheering! Pretty quickly I can come out from under the veil and display you what is been happening round right here! You’re gonna adore it – as I promise there are not any ornamental paint finishes. (On the wall, besides!)

2. Overhead Lighting “There’s nothing worse than bright overhead lights that make you feel like you’re onstage,” says designer Barclay Butera. He recommends using dimmers and soft white bulbs in every room, including bathrooms. “Lighting shouldn’t wash down on you: It’s harsh and unflattering,” he says.

Although I agree, I actually have to inform you (from private experience) it’s hard to get a room clean when you have no overhead mild. My dwelling room is like hunting for beetles inside the dark. No, I don’t have a malicious program trouble, it is best a metaphor.

3. Candles Clustered Together Designer Albert Hadley, who decorated this New York apartment with designer Harry Heissmann, believes “a more balanced aesthetic” is achieved when candlesticks are spread out around a room. “Candlelight, like open fires, has a certain allure — one of warmth and romance. To me, it’s most alluring when the light is spread around the room,” he says. “In other words, separate the candlesticks!” 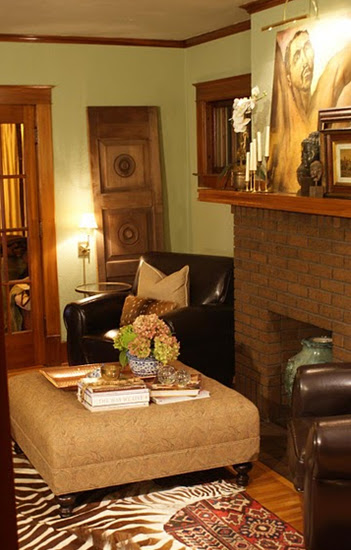 I wonder if he’s talking to me!?!?!? Did you see my living room in the Buffalo News Mr. Hadley? I’m so sorry! As a note, the mantle isn’t set up like this … but I do like the look of candle sticks together, it’s pretty – and a source of heat when I’d rather have a zebra hide rug than pay the electric bill, so I’ll keep making that mistake.

4. Furniture Pushed Up Against the Walls Don’t create a living room seating arrangement that makes conversation difficult. “I am often dumbstruck by the way people arrange their living room furniture. So much wide-open space, pieces plastered against walls, chairs too far apart,” says designer Whitney Stewart. She believes the answer is simplicity. “The guiding principle should be to create intimacy. How can you have a good conversation when you have to shout across the room? I imagine the sofa talking to the chairs, the chairs talking to one another,” she says.

I can’t do this, darned rooms don’t have any walls to push furniture against. However, the moment I do move to a house that has free walls, I can tell you my furniture will be pushed against the walls like little soldiers so I can do backflips in the living room! (Ok, not really) But I do agree. Nothing worse than walking into a place where the furniture hugs the walls, I mean there could be a dead body in the room – just don’t have furniture against the walls! It’s that serious!

5. Out-of-Proportion Lamps “Lamps that are completely disproportionate sizes on either ends of a sofa — that makes me crazy,” says designer David Kleinberg. “Don’t try to get too creative. Keep it simple,” he says.

Scott buys the weirdest lamps. Seriously – we have dancing tuna fish lamps! Where the heck he found them I’ll never know. He’s so into things that are sometimes downright ugly – don’t know what that says about me, I must of picked him! – but we have a few lamps that would be out of scale no matter where you put them, (unless of course, I opened up a strip club for tuna.)Thankfully, the walls of my basement are not as picky as Mr. Kleinberg. 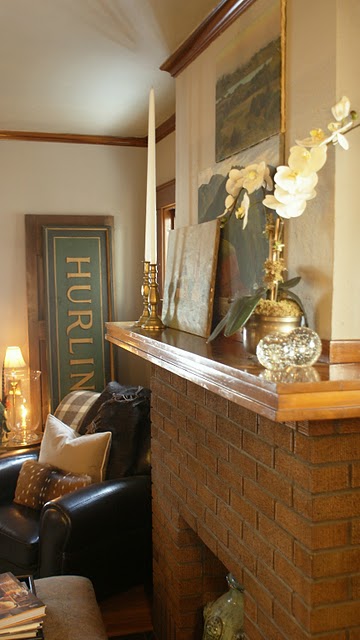 I do it. I admit it! But really, I like it! I can’t help myself. Also, Pillow Nature? What the heck is he talking about? I’d like to think that in the land of linen and down, where pillow forms are free to roam and graze the many fields of lavender febreeze, that they prefer to have such an architectural ‘V’ in their form. So, if you agree with me please leave a  comment so I don’t feel like I’m along here! P.S., More of those clustered candlesticks again! Maybe I ought to re-think this designer thing, huh?

7. A Single Light Source The key to good lighting is layering it at different heights. “Don’t rely on only one kind of light source. Mix a variety of overhead and floor or table lamps,” says designer Alan Tanksley. “Warm ‘pools’ of light draw people in and create intimacy.”

Agreed. However, I understand that while you live in an vintage residence (and I do) that’s fortunate to have one outlet in keeping with room, and no overhead lighting fixtures, occasionally you’re caught with what you acquire. Case in point, my visitor bedroom. Some people deliver their guests water and sparkling towels, I deliver them a flashlight and say, "Good Luck, there is probably beetles in there, too!!!"

So there you have it – I make mistakes. Apparently common mistakes that would drive these designers nuts. And the whole time I write this (with a smile, I might add) I think, I’d never have any of them over anyway. Enjoy your weekend!